RA in the News 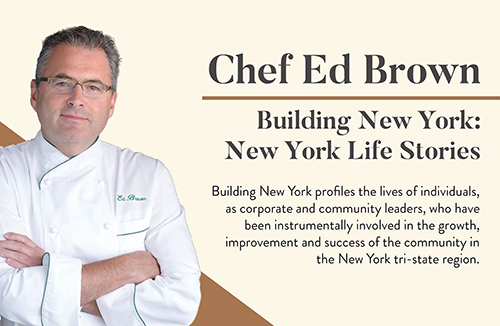 Building New York: New York Stories, a lively conversation hosted by Michael Stoler, New York's only weekly television broadcast featuring local and national leaders. R/A CEO Ed Brown was interviewed earlier this year. Chef Ed always wanted to cook - to be a chef, to work in food services! As a youngster, he worked in a luncheonette - graduated from the Culinary Institute of America - went to Paris; during his career, he co-authored a cook book and was awarded Michelin Stars. Mr. Brown discusses owning his own business - the successes and disappointments - and his long-time relationship with Restaurant Associates. Click here to watch the interview: https://tv.cuny.edu/show/buildingny/PR2010892