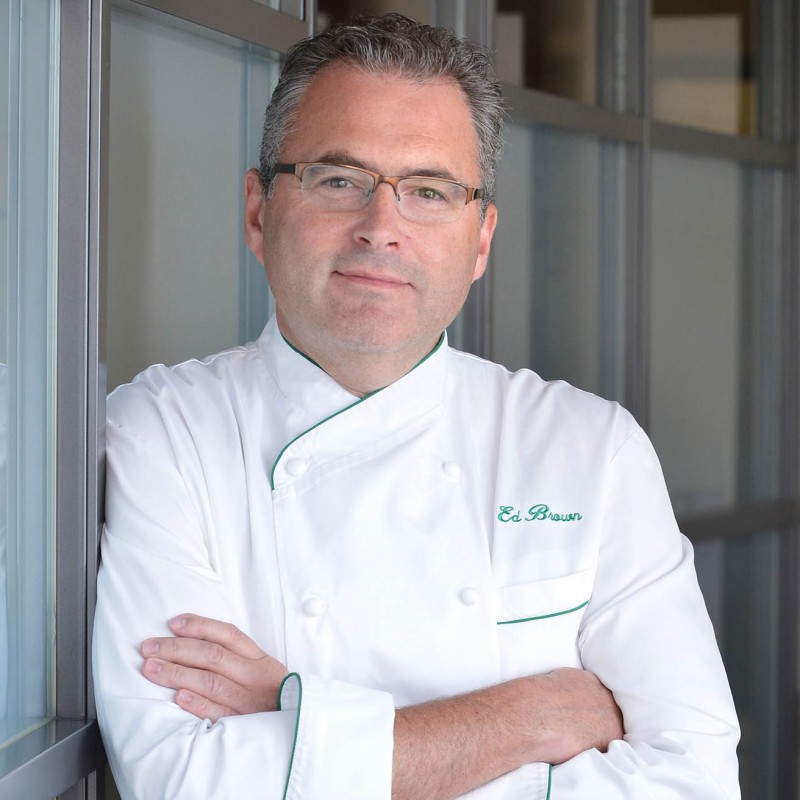 Ed Brown assumed the leadership of Restaurant Associates in January of 2022 as Chief Executive Officer, a promotion from President of Restaurant Services.

Landmark Cultural Centers include the American Museum of Natural History, The Solomon R. Guggenheim Museum and Lincoln Center for the Performing Arts in New York City as well as the Museum of Fine Arts in Boston, the GA Aquarium in Atlanta, Longwood Gardens in Kennett Square, PA and the many Smithsonian Museums in Washington, DC, including the National Museum of the African American History and Culture, to name a few.

"Once a chef, always a chef" - for more than 30 years, Chef Ed Brown has cultivated a culinary prowess by working in some of the most celebrated kitchens in the world. His passion and talent have earned him wide acclaim, including numerous New York Times stars and a Michelin star. His varied experience is synonymous with culinary innovation, quality food and entrepreneurial spirit.

After a brief stopover at the now-shuttered but much-beloved Judson Grill, Brown took over the stoves of The Sea Grill, the then gem of the Restaurant Associates family. During his 14 years as Executive Chef Esquire magazine called The Sea Grill "one of the best restaurants in the world" and Brown, "perhaps the most impressive talent in his field." Throughout Brown's career, he has earned an impressive 14 stars from The New York Times for such properties as Marie Michelle, Tropica, Judson Grill and The Sea Grill.
In 2008, Brown fulfilled his lifelong dream of owning a restaurant, and opened Eighty One. The Upper West Side eatery was an immediate hit and earned a highly coveted Michelin star. In March 2010, in light of a tumultuous economy, Brown made the decision to close the restaurant and pursue other opportunities that included a return to Restaurant Associates as the company's Chef/Innovator. Additionally, in 2009, he created the casual and authentic seafood eatery, Ed's Chowder House. In 2015, Brown returned to the US OPEN project where he re- conceptualized ACES by Ed Brown, the premium level seafood restaurant that operates during the 14 days of the annual premier New York event to this day.

Brown is a frequent guest on NBC's Today Show, CBS's Morning Show as well as a competitor on Iron Chef America and judge on Beat Bobby Flay. Brown is the author of The Modern Seafood Cook, a comprehensive guide to buying and preparing seafood and fish. He has also contributed to other cookbooks, including the updated Joy of Cooking (Scribner, 1997), Chef Pierre Franey's 60 Minute Gourmet (Clarkson Potter, 2000) as well as other publications.

Tags: President Restaurant Services
Back to Management
Share with a Friend